Showing people where resources are. Haters not believing the homeless

I just found a young lady on YouTube who is currently living in her car here in California. She escaped an abusive situation across the country and is here without family or friends support. I sent her links to SafeParking LA  and to the Hope Navigation Center which is a cool app that shows where a lot of resources for the homeless are, including safe parking.

This girl is funny and beautiful and seems very much like most you tubers/tick tockers. She's dealing with haters who don't even believe she is homeless. Adding insult to injury when you're in a really crappy place and people don't even believe you.

I remember decades ago at the beginning of facebook finding out that many people I know are the type to discredit homeless. I made a post about helping a family who was living in their car with gas; while I was filling up at the gas station the guy behind me asked if I could put some gas in his car.  There was no money exchanged, I just gave gas to a guy who was obviously living in his car with his family (who I could see in the car).  But some of my friends got up in arms.  Several told me I was being scammed. I heard stories of panhandlers who became millionaires. I remember someone I won't name saying she personally knew a guy who made millions panhandling up and down highway 5. No, that never made sense to me. I was shocked at this attitude but it opened my eyes to how some people thought.

I don't see those kind of comments anymore. I hope it's because my acquaintances have wised up, but I think it may be because I confront their beliefs and I have worked enough with the homeless in the area to have data to counter their misconceptions.

I do think people can be divided into those who would rather feed a few extra people who don't need it to ensure everyone is fed and those who want to make sure only the really needy get anything even if it means a few people go hungry.

Helping feed animals in the Ukraine

Bought a picture from an Etsy seller in the Ukraine. He used to make and sell leathergoods but now he's also selling pictures and using the money to buy pet food for animals left behind.
https://www.etsy.com/.../ukraine-shops-ukrainian-sellers...
Posted by Julia at 6:33 PM No comments:

Loan to help weaving in Peru 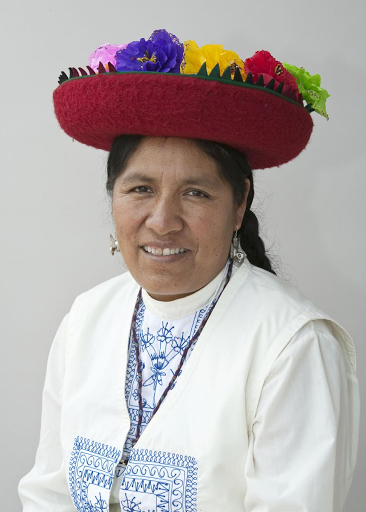 Nilda runs the Center for Traditional Textiles of Cusco, a non-profit organization that employs more than 340 artisans to promote the empowerment of weavers through the revitalization and sustainable practice of Peruvian ancestral textiles in the Cusco region of Peru. For more than 25 years, Nilda has led the Center in its revival of traditional weaving practices and natural dye techniques. The Center has greatly suffered from the COVID-19 pandemic due to lack of tourism and not generating income from textiles sales. This loan will help Nilda reopen the Center and rebuild it after a year of lockdown.

Made a donation to a friends group that has been doing good work. I met him through other activism and have been following his progress on facebook. Lots of people learning how to urban garden. 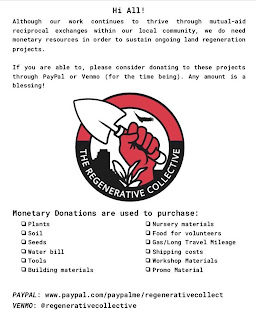 I sent 6 of my friends $500 through paypal.  Friends with kids and friends in the entertainment business. I told them the truth, my socialist heart wanted to make up for my capitalistic brain that likes to make money and I made a lot of money on the stock market this month.

I made a donation to the Shower of Hope today, to support my friend who organizes the volunteers. One of the incredible people in the world.

I was contacted by another friend who was writing a grant proposal with her church to help the homeless and wanted to include the shower. I passed on the contact info of the founder. They connected. Hopefully the grant will be funded.

I need to document my connections more. This is a good place for it.

Email ThisBlogThis!Share to TwitterShare to FacebookShare to Pinterest
Labels: connections, shower of hope

Today I became the Director of Field Studies for Masters of Public Health students summer internship.  I think helping young Epidemiologists will help the world.

Its apparent we need more Epidemiologists about.
Posted by Julia at 5:02 PM No comments:

I bought a breadmaker for a friend who lost her job this week. Her husband lost his too. They have an autistic son. I'm sure he'll be making a lot of bread.
Posted by Julia at 11:39 AM No comments:

I bought Girls Scout cookies and sent them to the troops today.

For some reason it reminded me of this blog.
So long since i've posted.

But I always do try to change the world every day.

I spent most of tonight thinking of ways of fundraising for Help Bolivia.  That's my sister and her husband's new non-profit.  Please consider being a monthly donor, they could really use the help their first year.

Welcome. Thanks for stopping by. I write this blog to remind myself to do something positive every day. 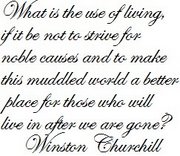 Julia
I wake up in the morning both determined to change the world and to have a great day. Sometimes this makes planning the day a bit difficult.

My internet stores (set up for job creations)

A map of where all my Kiva loans orginate.

The print over my desk.

If we change the world, let it bear the mark of our intelligence 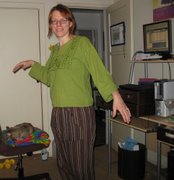